The legend of Jean Van John

A petty songwriter, a recording studio, a pact with the devil.
Can you find the secret of how a world hit is made with the help of top producer Gorio?

Do not miss this unique opportunity to experience the most exciting 60 ‘of your life.

A short introduction to the game is necessary, so you start with a step ahead.

Find the hidden parts of the formula for success before the devil starts running with it.

Jean is a mediocre, rather trivial songwriter / producer who has been desperately trying to write hits in the recording studio on the Wauberg for many years.

Desperate, on a dark night, he makes a pact with the devil … in exchange for his soul, he gets the formula for making 30 super hits.

Fearing that someone will run with his formula, he chops that formula up and hides it in the recording studio.
In the years that followed, Jean scored hit after hit. After the release of the 29th hit, however, Jean dies in a way that is as banal as it is strange: he suffocates by swallowing a warm tea bag while drinking his favorite tea!

Years later, Gorio Brown, a world-renowned songwriter and producer, ends up in this small recording studio. He has heard about the legend and is hoping to find the blueprint for this 30th hit in this studio! However, there are still privateers on the coast. The devil also wants his formula back!

Will you help Gorio search for the hidden parts of this success formula before the devil starts running with it?

Escape room Peer is located on the main road between Helchteren and Meeuwen, in the district of Wauberg.
Address: Meeuwerbaan 26, 3990 Peer.
Google Maps

Where can I park the car?

Escaperoom Peer has 7 parking spaces where you can park for free.

Can I pay on the spot?

You can pay on site in cash or via smartphone. Not with Bancontact or credit card.

We will not leave you to your own devices. Our supervisor can give you hints if necessary. Afterwards you can ask him / her questions if you want to know something else.

Am I really locked up?

The name of an Escape Room implies that you have to escape and will therefore be locked up, but we do not really lock you up. The door closes behind you but you can always leave the room. By the way, we follow everything via cameras and can also communicate with you in that way.

From what age can you enter the escape room?

We currently have 1 room and can therefore entertain a maximum of 6 people per hour. If you don’t mind waiting for each other, this is certainly not a problem. One group can have a quiet drink in our reception room or take a short walk in the beautiful nature in the area. If necessary, please contact us and we will work out an adapted program together.

Who can I play an Escape Room with?

You can play an escape room with anyone you want: friends, family or colleagues. You do not need to have special talents for this: cooperation is a requirement and everyone has his or her own qualities. It is important to make the best possible use of these.
There is room for a minimum of 2 and a maximum of 6 people in our escape room.

What time do we have to be there?

Please arrive 15 minutes before the start of the game for a short introduction to the game. Are you late? Then your time slot will be shortened so that the following groups can start the game at their own starting time.

Can I cancel my booking?

This can be done by email, please always provide the reference so that we cancel the correct booking. Cancellation is free of charge up to 24 hours before the start. In case of cancellation within 24 hours or a no-show, we will charge € 100 per reserved time slot.

Is the escape room accessible to everyone?

You can play the game if you are able to do a light physical effort such as bending or jumping. That makes our escape room less accessible for people with a physical disability. Contact us for more information about accessibility. 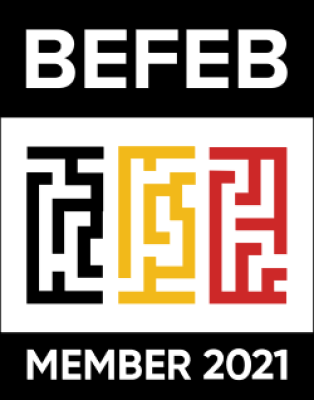